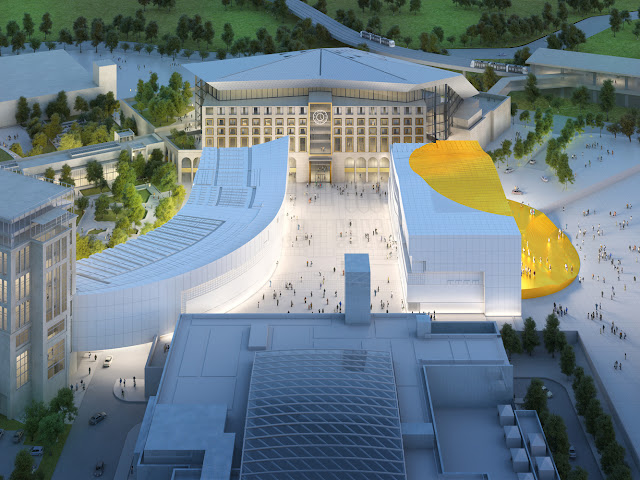 MVRDV has announced plans for Paradise City, a 9,800 square meter entertainment plaza near Incheon Airport in Seoul, South Korea. Designer in partnership with Gansam Architects, the complex will consist of two monolithic forms housing retail and a nightclub, and new public spaces. The connecting element of the project is a giant golden spot at the public square, which the architects hope will become a beacon visible to tourists as they fly into the city. 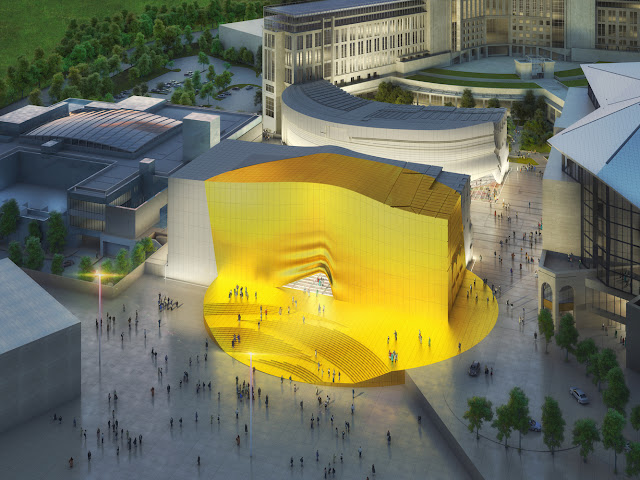 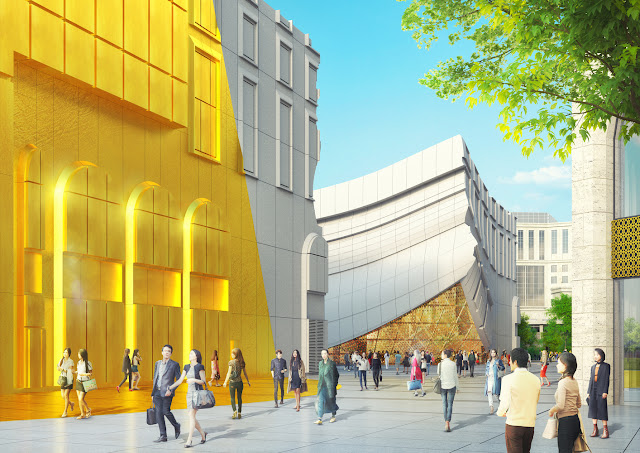 Paradise City’s two sibling buildings, the Sandbox (the retail complex) and Nightclub, are introverted and completely contextual, echoing the language of surrounding buildings on their cast concrete facades. The relentlessly opaque skin of the Sandbox is brightened by pops of bright gold color seen through its entrances, created by tucking the facade in on itself. On the Nightclub building, a giant golden spotlight is draped over the building, connecting levels of the public square and providing the club entrance “a blast of light before the contrasting dark interior.” 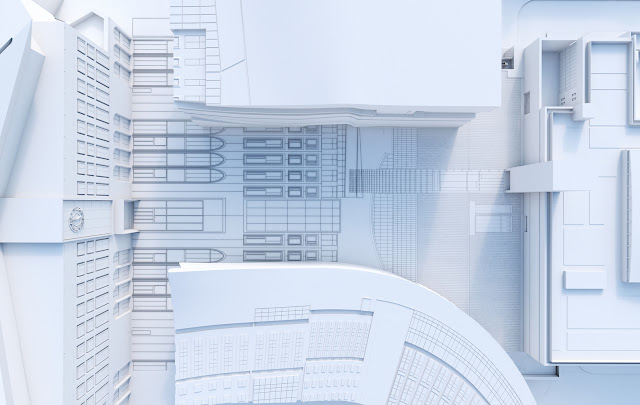 “The project takes two simple volumes, which create a new urban space. These masses then take an imprint of the facades around the site, stretching over the two buildings. Thus adapting themselves to the given environment, accepting these conditions as a sine qua non,” explains MVRDV co-founder Winy Maas. “The buildings are opened by lifting them like a curtain, unravelling their interior. Then, to top it off is the golden spot, marking the entrance like a sunbeam, making its presence known even from the air and the landing planes at Incheon airport.” 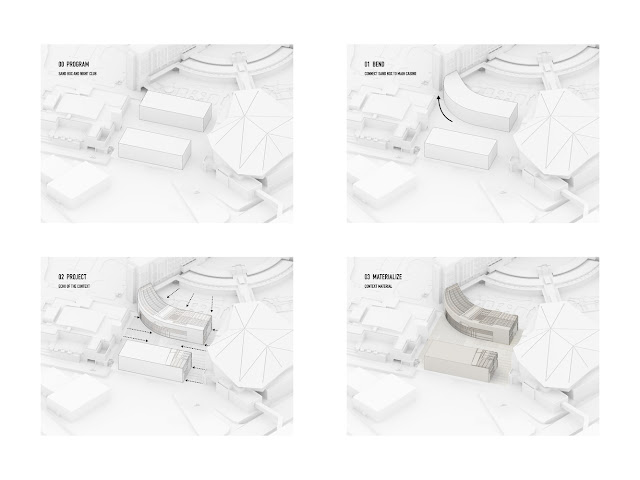 The Sandbox, containing 3,600 square meters of retail space, curves to meet a neighboring casino, giving direct access to visitors. The 6,200 square meter Nightclub building houses not only a nightclub, but also a water club and top floor sky-garden. Interiors will feature glass flooring and visually appealing materials, providing the “spectacle that entertainment architecture calls for.” The urban platform between the two buildings is raised, allowing service spaces and a car park to be placed below the surface.
source: archdaily
Paradise City is part of designs for a larger tourist district, master planned by Gansam Architects. The 33 hectare masterplan has already begun construction with construction on MVRDV’s Paradise City anticipated to begin in September 2016, to be completed by 2018.