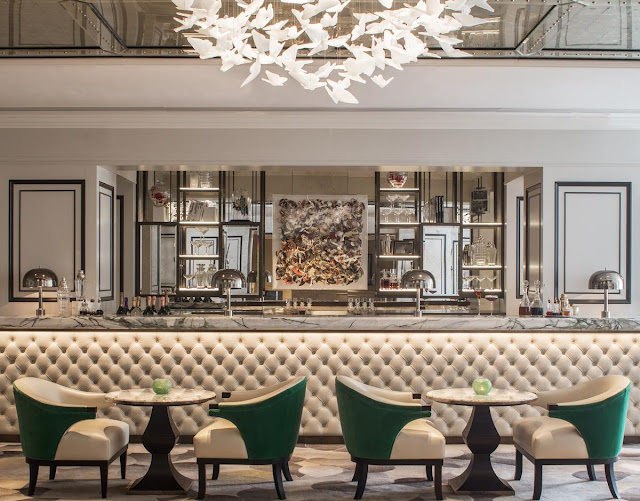 The designers have highlighted the hotel’s taste for the theatrical / Grosvenor House Hotel
JW Marriott has reopened London’s Grosvenor House after an extensive revamp by interior design studio The Gallery HBA aimed at making the hotel’s public areas “a destination in their own right.”
Grosvenor House is known for its flamboyant design features and its rich heritage – it has hosted concerts by the Beatles, high-profile boxing matches and during World War II was a regular stopover for US generals Dwight D. Eisenhower and George S. Patton.

The Gallery, led by designer Inge Moore, have incorporated design details highlighting the hotel’s early embrace of transatlantic travel and its taste for the theatrical as a home of London cabaret.
The reception desks evoke the wings of a stage, abstract feather motifs feature in the carpets and walls have been clad in rich fabric to create a sense of glamour.
The ground floor has been opened up to enhance views towards Hyde Park and the ballroom and meeting rooms have been thoroughly updated to evoke a sense of theatricality and a whiff of scandal.
“The opportunity to redesign Grosvenor House’s public areas was a great privilege”, said Moore. “It is such a significant London hotel for the part it’s played in history and in great social events as well as in its sheer scale.
“Now it offers a beautiful segue from the streets of Mayfair on one side to Hyde Park on the other; there is a return to the sense of a grand promenade but within a contemporary and relaxed idiom.”
Grosvenor is emerging as a destination for some of London’s most exclusive hotels. In addition to Grosvenor House, a new hotel and spa designed by David Chipperfield is being constructed on the site of the US Embassy in Grosvenor Square andPeninsula are opening a 190-room hotel in Belgravia.
Inge Moore-  The Gallery HBA-  JW Marriott-  Grosvenor House-  Hotel Design-  Mayfair- 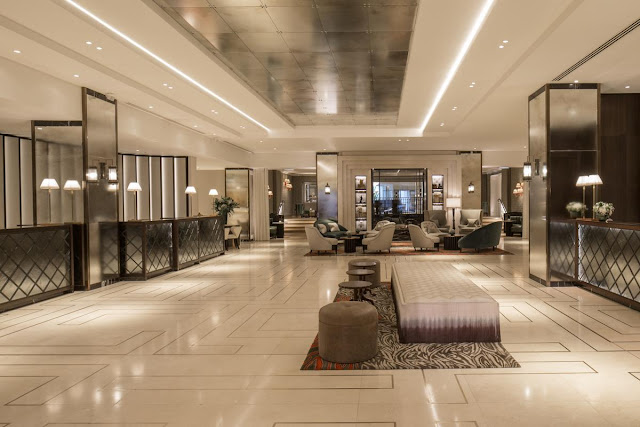 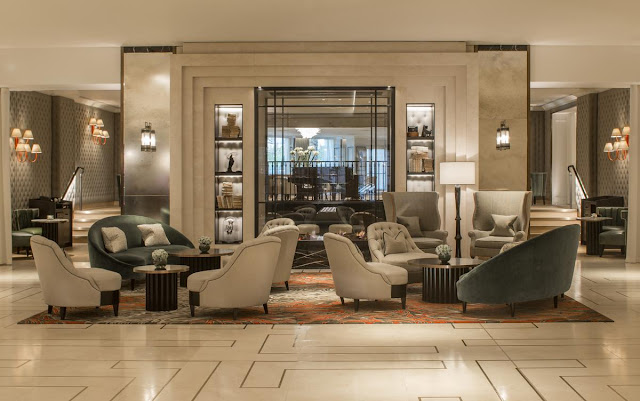 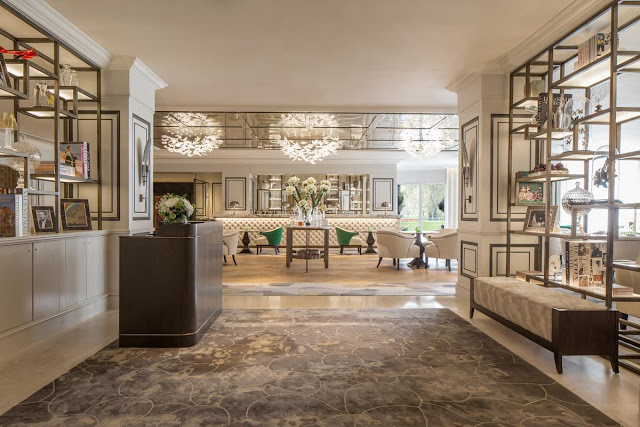 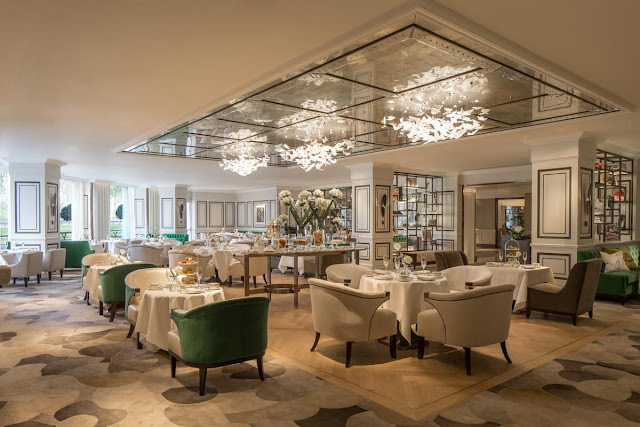 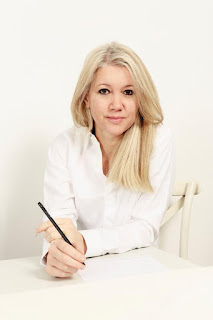