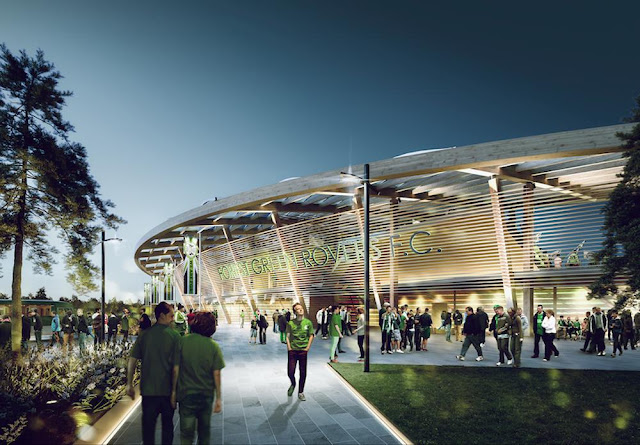 The owner of British National League football team Forest Green Rovers hopes the club’s ambitious stadium plans will act as a catalyst for the development of more eco-friendly sports facilities.
After tending out a brief to design the stadium earlier this year, Dale Vince and the Forest Green board have whittled the competition down to two firms – Glenn Howells and Zaha Hadid Architects – from an original pool of 60.
Talking to CLAD, Vince lauded both the designs as being economically and environmentally sustainable, and called the project the first of its kind in the world.
Both designs have eschewed the use of carbon-based substances and concrete materials in construction. Vince suggested that wood may be used as the main material for the stadium, while the arena will use solar power to create its own energy and rainwater to for the pitch irrigation system.
He said the design had to take into account the position of the pitch – so that it could be well placed to create a good atmosphere for fans, but also have good access to wind and the sun in order to grow naturally.
Vince – who is also the founder and owner of alternative energy company Ecotricity – said that he hoped the development would be a catalyst for change in the way stadiums are designed and built, and that a number of other football clubs had been in touch to garner advice on eco matters.
“We’ve been in conversations with Liverpool FC about electricity supply,” he said. “In return they have helped us develop a capability in-house to analyse players and match day stats to use in recruitment and performance analysis, so it’s a bit of a two-way street.
“Our success has been the catalyst for other energy companies to come down our path, and we want to do the same in football.”
The stadium is part of a larger £100m (US$131.6m, €118.6m) development which will include a business park and sports facilities, expected to accommodate up to 4,000 new jobs. The club will work with the local college to train people in the discipline of sports medicine and science and “create a real hub for sporting science”.
Glenn Howells and Zaha Hadid Architects will find out if they have been successful in late September, and both have been asked to “give a little bit of thought” about how much the stadium will cost to build.
Vince revealed that the club was expecting to receive outline planning consent by November, and then submit a detailed plan to the council. If everything goes according to plan building could commence within 12-15 months 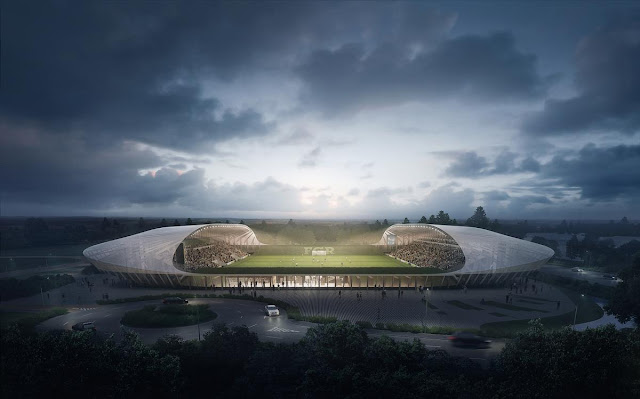