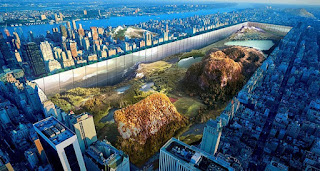 Under the heading ' New York skyline ' New York Horizon project won first place in the aivolo competition eVolo skyscraper Skyscraper Competition which invites architects and designers to imagine future horoscope every year since its launch in 2006.

Proposed features of Central Park to hold the hills and lakes in area of 341 hectares so it can be used for climbing and swimming and various outdoor activities.

' We got the idea to return the Park to its natural state when Manhattan look like Rocky blandskib and curvy. We wanted to put ' true nature ' and reveal opportunities for futuristic skyscraper through it '. 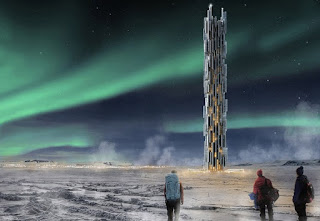 The skyscraper represents a new concept of ' Sideways ' skyscraper sidescraper meaning long side wall reflective surfaces of all parties which identifies new land scape works creating a sense of the infinite.

New York is known for it's more us cities and known as the city of skyscrapers as landmarks long condescending which ends at the borders of the Park, but most residents cannot enjoy because they mostly live or work away from him; he wanted top stylists maintain physical decline next to the park but also create urban density next to litkmn people from enjoying it. What lessons about ' traditional relationship between building paved roads '. 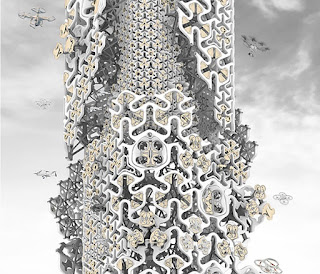 Thus, designers proposed removing the size of soil from the original Park and reused in different districts while creating origin of giant along ' Cliff again ' would be deeply established giant 30 meters with walls rising 304 meters of building houses apartments and shops and museums and public offices and other buildings. Allowable building area will also 18 square kilometers.

And the third for ' data ' Tower Tower Data to the Italian group Valeria mirliti, Marco, who conceived the mercury skyscraper in Iceland for employers. Jury prizes were awarded to a group of twenty one among them who suggested a skyscraper YDL for Joe and rain is building another prevents cities from diving into the ground. 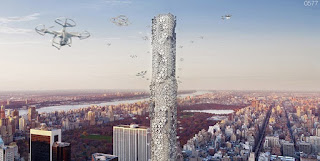