Feyenoord reveals a favorite destination for the development of the stadium

Feyenoord reveals a favorite destination for the development of the stadium 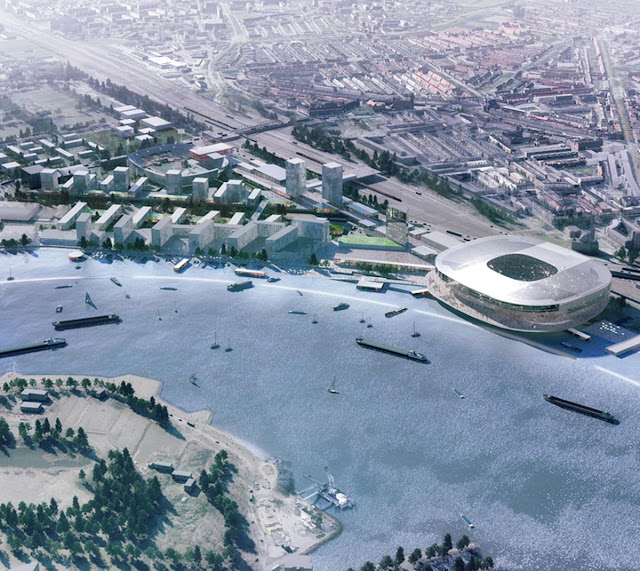 The site will include the stadium, houses, offices, cultural spaces and recreational facilities OMA

Dutch football club Feyenoord has pinpointed a preferred site for its new stadium and surrounding complex.
Working with architects OMA, financial advisors First Dutch and infrastructure expert Operatie NL, the 14-time Dutch champions have developed the concept for the Feyenoord City development, which will include the stadium, shops, houses, offices, hotels, cultural spaces and the new premises of the football club.
Feyenoord and the Municipality of Rotterdam have chosen the Veranda West region of Rotterdam as the preferred site, ahead of Stadion Driehoek and Veranda Oost. Over the coming months the plans will be developed for the site.
According to OMA, the new development will be a “multifunctional complex for fans, sports, leisure and residence.” De Kuip – Feyenoord’s current home – is due to be developed into an athletics track.
Gerard Hoetmer, Feyenoord president commissioner said the new ground was “a stadium with which the club can move forward into the upper echelons of the national league and therefore also Europe.”
The next report on the stadium is due to be published in summer 2016.