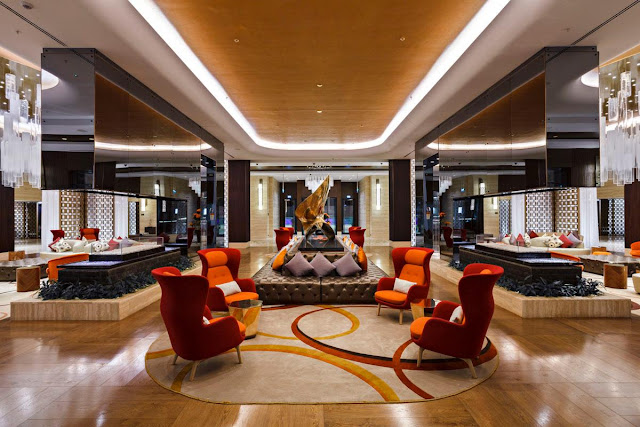 Luxury hotel interior design studio MKV Design have completed two new hotels in Baku, Azerbaijan, which celebrate the city’s industrial past and its ongoing transformation into a modern, international metropolis.
The hotels, called the Intourist and the Boulevard, are both part of Marriott's Autograph Collection brand and are operated by Absheron Hotel Group.
The Intourist – designed by hotel architects ReardonSmith as a successor to a now-defunct 1930’s Baku hotel with the same name – has been filled with boutique interior stylings. These include decorative timber screens, silver lacquer surfaces and groups of ceiling pendants that reference Azerbaijan’s seafaring heritage by “swirling through the public areas like an unfurling sail, holding the space together and leading the guest on through each experience.”
In a statement, MKV Design said: “We celebrate the location of each project by bringing this into the interiors in a considered manner. We combine new and traditional materials, layers of texture, original pieces by artists and the skilful integration of the latest technology.”
Other design features in the hotel include a glass-shelved corridor which doubles as a library and a lounge featuring a fire mounted within a green forest marble wall, which also wraps around a partially-hidden bar.
The studio's second hotel, The Boulevard, links the city's past and future more prominently.
“The Boulevard belongs to the story of its location,” said the designers. “Until recently, the area was consigned to the disused effects of the country’s old oil industry and wasted shoreline. Now it is being steadily transformed.
“There are references to the industrial legacy, but the building also enjoys newly-landscaped gardens; nature is re-asserting itself and this is celebrated indoors. It speaks of the optimism and aspirational lifestyles of the city’s residents as they look to the future.” 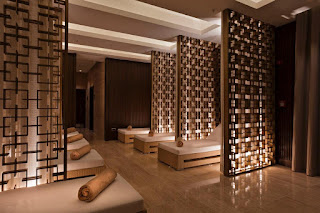 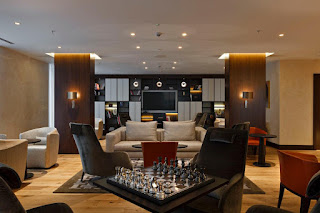 Indoor spaces are modern and vibrant. A 1,300sq m (13,900sq ft) column-free ballroom features hundreds of white metal leaves hanging from the ceiling and a carpet patterned to look like the forest floor. An internal courtyard has plants and a water feature, to reinforce the natural theme.
The spa continues this connection with the outdoors. The indoor pool area looks onto the garden outside and opens up in summer so guests can have treatments in the sunshine. Plaster leaves are individually mounted above the pool and are reflected in the water.
In contrast, the lobby references Baku's industrial heritage with glass tanks containing gas fires. These shoot flames from granite plinths while a surrounding water pool cascades downwards to the base.
MKV designed the lobby and lounge areas as well as the ballroom and health club. They worked on the project with ReardonSmith and landscape architects Scape Design Associates.
A host of big-name hotel brands have entered the market in Baku, including Fairmont, Trump Hotels, Swissotel and Four Seasons. Marriott also owns other properties in the city, and has enlisted designers and artists Blue Sky Hospitality to createa fire-themed steakhouse and an oil and gold-themed restaurant.
MKV Design operate all over the world and are currently working on projects including the Sheraton Park Lane in London, the Grand Hyatt Hotel & Residences in Abu Dhabi, plus two hotels and a spa in the Swiss resort of Burgenstock. 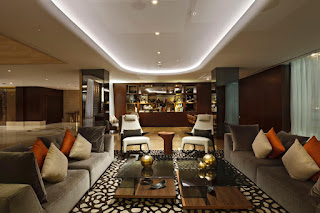 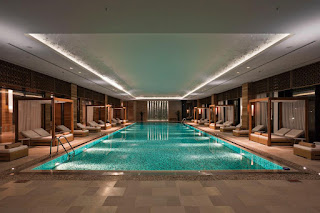 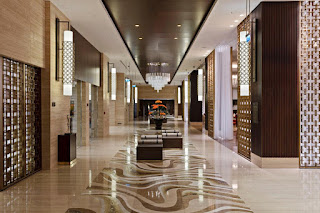 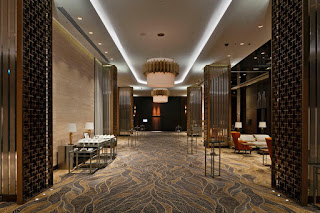 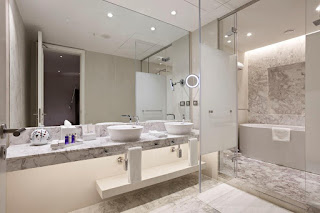 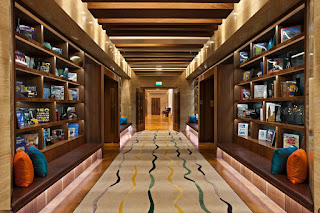 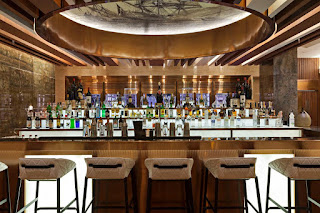 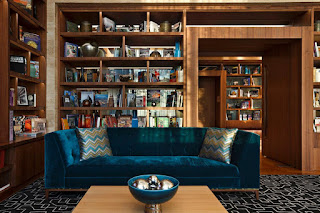 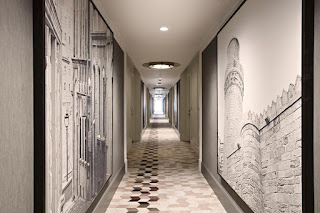 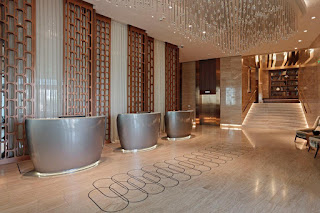