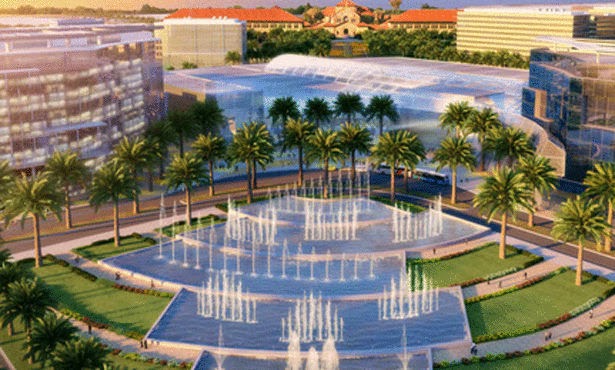 What do you know about the biggest mall in the world (World Mall), which is preparing for the establishment of Dubai?
1. to preserve the environment, will be built with the latest technological means business-friendly environment Center, which helps to reduce energy consumption and carbon emissions.
2. Because it will be the largest ceremonial center in Dubai, can accommodate about 15,000 celebrants, so it is expected for this huge building to attract 180 million visitors annually.
3. Tourists will be able to enjoy a vacation weekend in the city without having to leave or use the car.
4. will allocate a portion of the mall area of one million square meters to be the welfare of the region, including health care, surgery and cosmetic treatments.
5. The project will include parking below ground level, can accommodate 50,000 cars.
6. Trade Center will also feature "Dubai's cultural district" Dubai Cultural Distric, an area where providing various cultural services. The building includes a theater that simulates "Broadway", and walkway festive Celebration Walk simulates "to Arampela" street in the city of Barcelona, Spain, and rooms for business meetings and weddings.
7. commercial complex will be near the commercial centers "Mall of the Emirates," which includes ski slope on the ice, and "The Dubai Mall", a short distance from the "Burj Khalifa" the tallest tower in the world.
8. commercial center which is run by the company, "Dubai Holding" will be located along Sheikh Zayed Road.
9. reach commercial center services to 100 hotels and a number of residential buildings up to 20,000 hotel rooms.
10. will feature the largest theme park in the world trade center, will be covered by a glass dome during the summer and open in the winter.
11. extends the space that is conditioned upon the first city in the world to more than 18 million square meters.