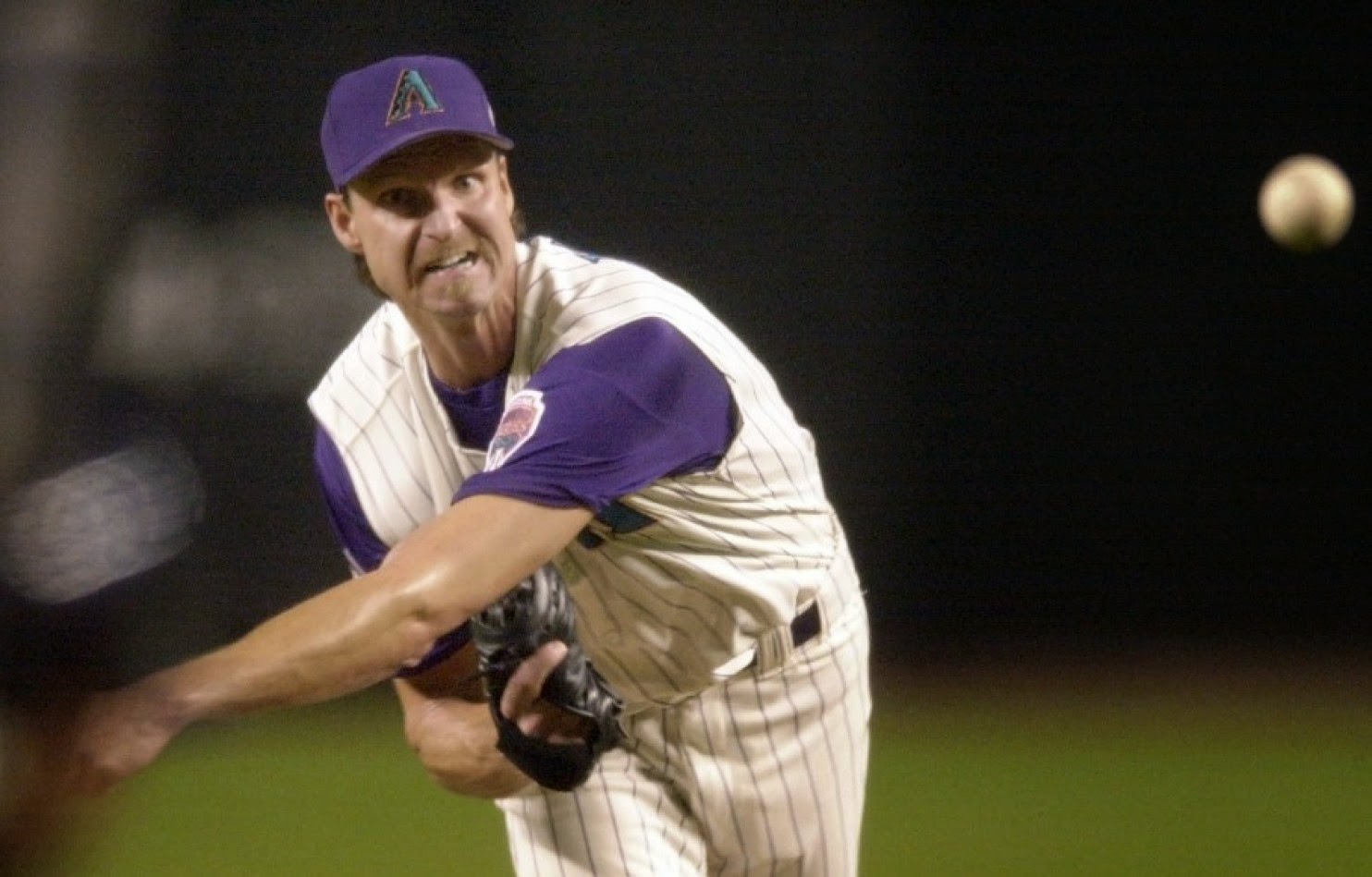 They are odes to how different pitchers can look and be, one little and lithe and right-handed, the other gangly and gargantuan slinging from ungodly angles with his left arm. Tuesday, Pedro Martinez and Randy Johnson – two of the most dominant and intimidating pitchers of an era defined by offense – were overwhelmingly voted into baseball’s Hall of Fame.
Martinez, the Dominican right-hander known mostly for his time with the Montreal Expos and Boston Red Sox, and 6-foot-10 Californian Johnson both gained entry into the Hall in their first year of eligibility, and they headline a four-man class that also includes Houston second baseman Craig Biggio and Atlanta Braves right-hander John Smoltz – also eligible for the first time.
[Boswell: A Hall of Fame vote that makes you feel good again.]
The Baseball Writers Association of America, which conducted voting among its members of a decade or more for the 71st time, continued to show that it will not allow entry into the Hall for those players who are suspected of using performance-enhancing drugs during their careers. Thus, all-time home run king Barry Bonds and seven-time Cy Young winner Roger Clemens fell short of the necessary 75 percent tally for the third straight year. Mark McGwire and Sammy Sosa, who helped revitalize baseball with their chase for Roger Maris’s single-season home run record in the summer of 1998, both fell woefully short. Pedro Martinez earned a spot in Cooperstown. (Charles Krupa/AP Photo)
Each inductee, who will be honored in July at a ceremony in Cooperstown, N.Y., presented a compelling case for inclusion.
Martinez, at just 5-foot-11 and 170 pounds, presents the case for honoring a player who dominated over a period of time rather than simply compiled statistics for decades. His 1999 and 2000 seasons with the Red Sox – in which he went 41-10 with a 1.90 ERA when the American League’s collective ERA was 4.90 – compare favorably with the best back-to-back campaigns ever turned in, those authored by the likes of Sandy Koufax and Bob Gibson. But expand out, and for the seven seasons from 1997 and 2003, he struck out 31.8 percent of the batters he faced – indeed, striking out 5.87 hitters for every man he walked, almost 1-2/3 more strikeouts per walk than the next best during that span – and notched a 2.20 ERA mostly in the American League during the height of the Steroid Era.
No, Martinez didn’t win 300 games – as Johnson did – but his 219-100 career mark and 2.93 ERA didn’t hurt him at all. He won three Cy Young awards, authored an unforgettable relief appearance in the 1999 American League Division Series against Cleveland, and received 91.1 percent of the vote.
Johnson both compiled and dominated during his 22 seasons that began in Montreal and Seattle but was perhaps defined by his eight-year stay in Arizona, where he won the National League Cy Young award every season from 1999 to 2002, adding that hardware to the AL version he took while still with the Mariners in 1995. He won his 300th game during a final-season swansong with San Francisco to bring his career mark to 303-166, led his league in strikeouts eight times and struck out more than 300 men six times. That leaves him second on the all-time strikeout list with 4,875 and first in strikeouts per nine innings pitched at 10.610.
Johnson’s 372 strikeouts in 2001 have been exceeded only twice since 1900 – by gentlemen named Koufax and Ryan. Throw in his MVP performance in the 2001 World Series – which included a 1.04 ERA in three appearances, the last a four-up-and-four-down performance in Game 7 – and it’s no wonder Johnson received 97.3 percent of the vote.
Smoltz, who garnered 82.9 percent of the vote, was a contemporary of both Martinez and Johnson, but he had a much different career. Few pitchers have entered the election process with such a diverse resume – with Dennis Eckersley and perhaps Hoyt Wilhelm the only hybrid starter-relievers in Smoltz’s class.
From 1989-99, as the Braves transitioned from laughingstocks to perennial division winners, Smoltz became one of the most reliable starters in the game, posting a 3.29 ERA while striking out 2,061 men – topped only by Johnson, Clemens and David Cone during that span. He missed all of 2000 following Tommy John surgery, and when he struggled in his return to the rotation in 2001, he became the closer. In 2002, he led the NL with 55 saves, and from 2002-04 he saved 144 games with just 13 blown opportunities. He then returned to the rotation and went 44-22 with a 3.22 ERA over the ensuing three years. Smoltz and Eckersley are the only players to have both won 20 games in a season and saved 50 games in a season.